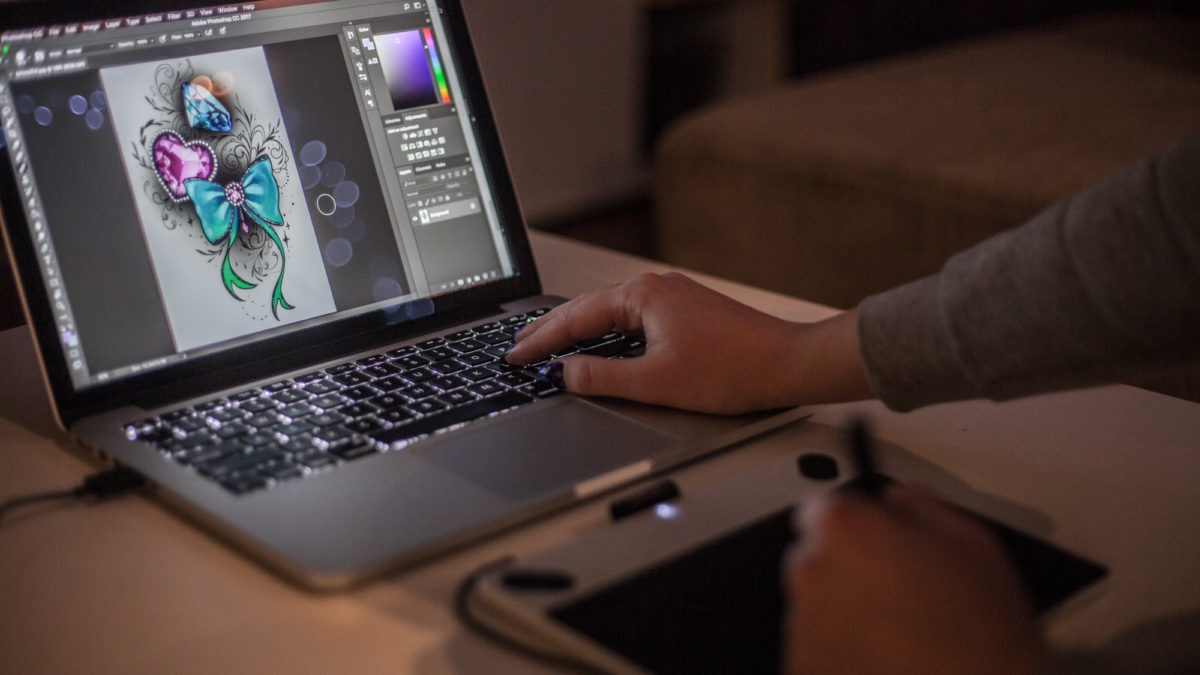 When I got my first Wacom graphics tablet 12 years ago, I completely fell in love with drawing: the creative freedom that comes with digital illustration was magnificent! As such, the digital obsession has remained, but the number of tools I use has steadily increased.

The first graphics tablet I used is also the one I recommend for beginner digital illustration enthusiasts. The current name for the model is Intuos, whereas it used to be Bamboo, and the cheapest I have found it on sale has been €79.99. Just like every other Wacom tablet, it comes with a wireless pen and a pressure-sensitive board. As the more affordable price implies, its pressure sensitivity is not quite on par with other Wacom tablets, but still very impressive for the price range. I have managed to draw two of these entirely to pieces, and still I got a third one. It generally comes most in handy at home or if necessary, when travelling. It’s useful to have a tablet with a computer when working with large files (that the iPad won’t allow) or editing photos. An irreplaceable little assistant!

Years later after gaining more resources, I fulfilled my ultimate dream and ordered a Wacom Cintiq 22HD (a 22-inch pressure-sensitive screen) that I returned a week later because I found it to be complete shit and way too large. To replace that, I bought a new 13HD model and have that buddy to this day. It’s interesting to note that the 13HD model has been updated recently, but the 22HD has not. I keep this tablet in my studio and use it quite a lot. The pressure sensitivity is simply fantastic and I also like the texture and brightness of the screen.

And last but not least, the third child: iPad Pro 9.7’’. When Apple released their Pencil commercial, I wasn’t a fan. What do you mean you have to charge a pencil?? Nothing could replace Photoshop! All I saw was a children’s toy. When my curiosity finally got the best of me, I bought both the tablet and the pencil and now can’t imagine my life without them. All sketches and drafts are done on the iPad. Procreate is unbelievably simple to use but at the same time a powerful program. The relationship between the Pencil and the screen is smooth at all times. The BIGGEST con with the program is that drawing files larger than A3 is quite impossible. The bigger the file, the less layers you can use. But I’ll forgive them for it. The iPad Pro is in every way a fun and great little helper and thank you Apple for renouncing Steve Jobs’ anti-pencil rule.

What is your favourite drawing tool?

My Journey to Becoming an Artist!

What Not to Say to a Tattoo Artist