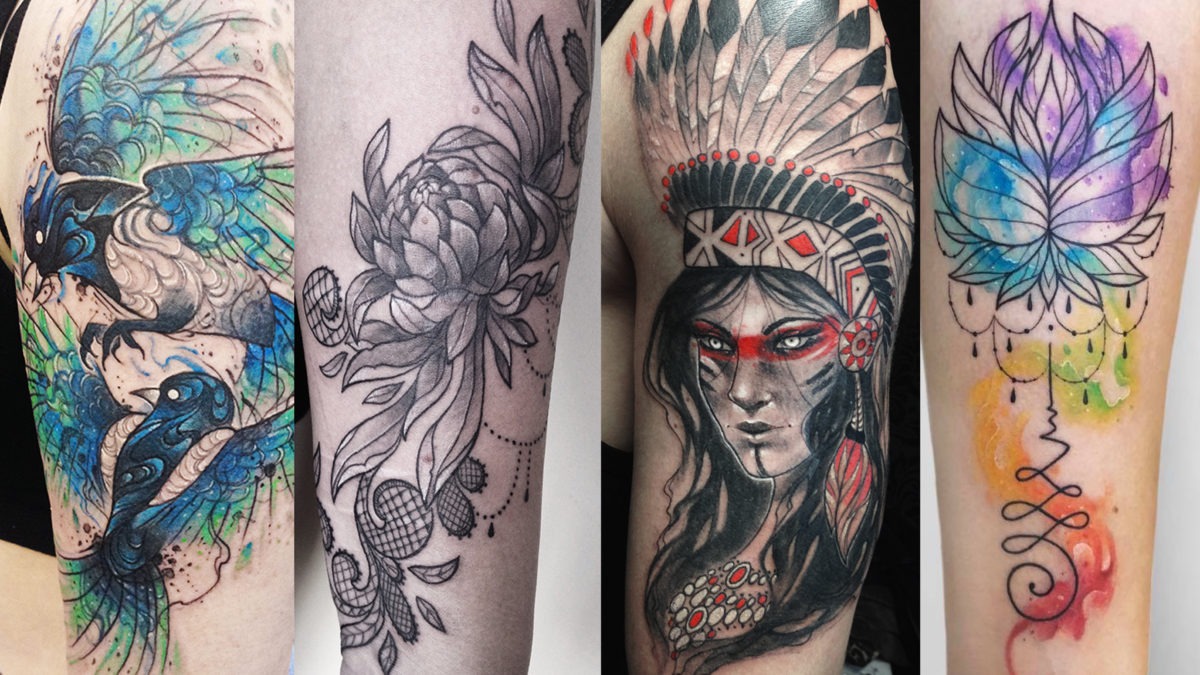 Time and again, there’s a question that comes up in my consultations: ‘I really like your colourful designs and I’d like one but how do they stay looking fresh? Don’t they fade over time? Due to the popularity of the question, I decided to write about the topic in the following post.

I’d like to start with the origins of this question. Many have encountered tattoos on strangers or maybe even loved ones that are 20-30 years old and have acquired a blue-green tone, with colours only detectable when squinting from afar. It makes sense to fear your own tattoos morphing into a similar unintelligible blubber and the bright colours getting very far from their original spectrum. It seems more safe to get a black-grey tattoo, then there’s probably no risk. Let’s analyse! 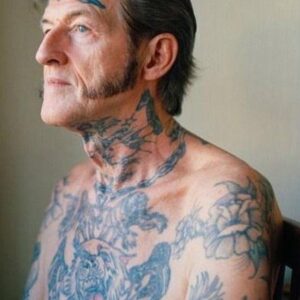 Tattoo as old as time. 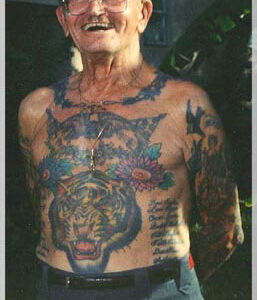 Tattoos done 20-30 years ago were made with inks that have no correlation with the ones we have today. Whatever was available then was good enough, from regular pen ink to printer ink (those done in prisons might even contain brick dust, burned sole rubber and who knows what else…) which obviously gave no guarantee for staying on the skin. Many tattoos done with black ink are now blue-green. A second factor would be that it wasn’t commonly known how deep you should tattoo, so however seemed logical was the way to go. Most of the time, it was done too deep and that resulted in the ink badly scattering. 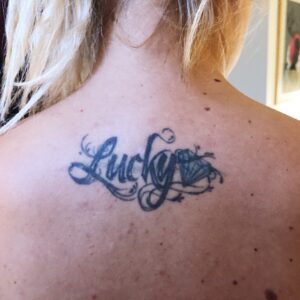 6 years old, 2 of those under Australian sun. 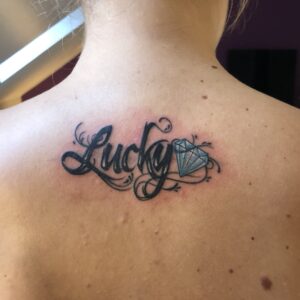 Nowadays, inks and tattoo techniques have gone through major improvement so comparison to older tattoos is quite pointless. Today’s inks (eg. Eternal Ink) consist only of plant-based pigments and are regulated and tested. Due to major competition between ink companies, there is lots of emphasis on quality and brightness of colour. 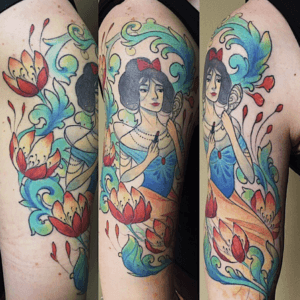 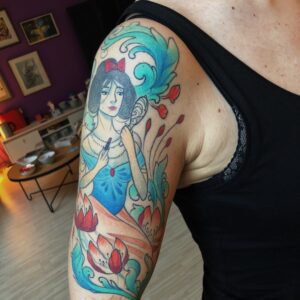 Returning to the modern age and today’s black-grey and colourful tattoos, which one would better stand the test of time?

Even nowadays, there are multiple factors influencing how well tattoos are preserved – the most important of them being exposure to sunlight. To my clients, I usually explain it like this: if your skin is neon white like on the average Estonian and you go outside into direct sunlight at noon without sunscreen, what will happen? Most likely, you’ll be a nice shade of lobster and will have temporarily damaged skin. As a white person, most sunlight and UV rays are reflected back, but the skin will still get badly damaged.

But what happens if the skin is dyed black and exposed to sun for the same amount of time? The skin no longer reflects light nor UV rays as effectively – on the contrary, it absorbs most of it and will be many times more damaged. That means the ink on the skin will absorb damage as well and will slowly start fading (turn more grey) and for some inks, even the tone will change.

In conclusion: the darker the ink, the more damage it can acquire! 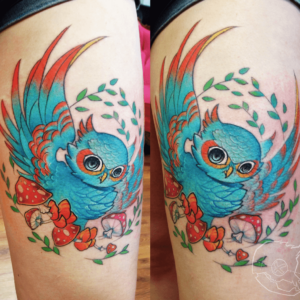 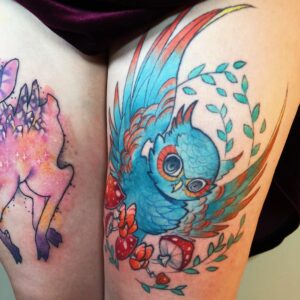 So why do colours and light tones fade over time?

There are multiple important factors at play: firstly, light tones get damaged by the sun as well, just not as fast.

Second, it’s important to understand that lighter colours are not as strongly pigmented as darker ones, therefore the skin is more transparent. So obtaining a slight tan during the summer will make the darker skin tone shine through the lighter colours. The lighter the skin, the brighter and more vibrant the light colours will be.

The third factor is more visual: the more contrast and dark tones on the design, the brighter the light colours will look. So if the darker tones have been damaged in the sun or no contrast has been added in the first place, then light colours won’t get their deserved spotlight.

Today’s coloured and black inks won’t fade anywhere just on their own but it needs to be said that the better you conceal your tattoo from sunlight, the better both colours and blacks-greys will hold their tone! If you’re a sunshine lover, take into account that tattoos on the shoulders and upper back will no doubt get damaged if no sunscreen is used. Tattoos under the shirt more often than not will be the best at standing the test of time.

What Not to Say to a Tattoo Artist