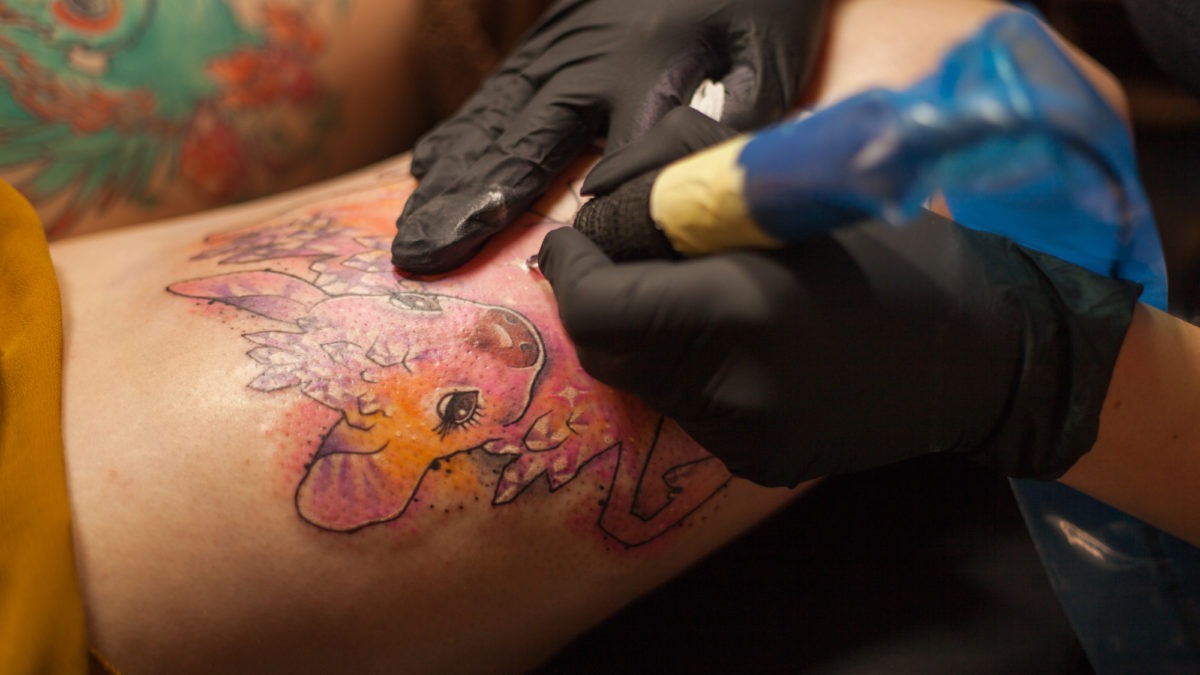 With 6 years of experience in the tattoo scene, I have gotten absolutely ridiculous statements about tattoos both myself and from my clients. Not even accounting for the countless online comments on my interviews. Initially I was planning on bringing a few as examples, but then I realised they’re so lame that my readers would lose braincells reading them. Instead, here is a post for the ones without tattoos that seem disturbed by the tattooed people around them. Feel free to share on all social media platforms to make sure it reaches the target audience.

First of all, no, not forever. Only until the end of the person’s life, resulting in the purest and most personal art form of all. Tattoos cannot be sold later at auctions nor will their value change over time. Yes, they will remain for a lifetime and that is part of the reason why people get them. This is not news to us, believe me. You are not showing off your intelligence by mentioning the obvious. 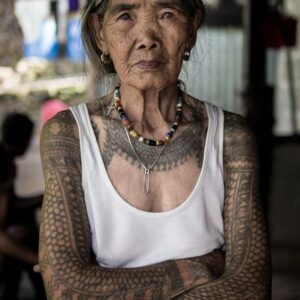 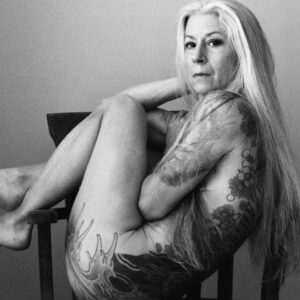 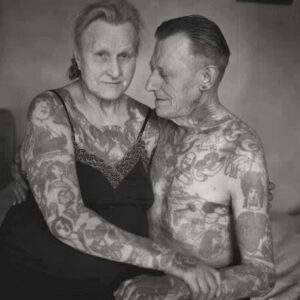 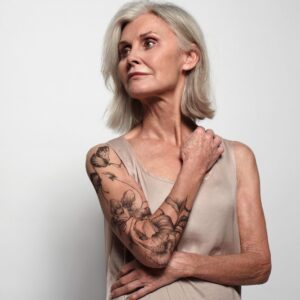 What about when you get old?

This is the most common question for both myself and my clients. When I’m retired, firstly I really hope I will have found peace of mind and will be able to confidently say I don’t care about people’s opinions. Second, I won’t be a supermodel, but rather likely wrinkled and sunken: tattoos would be the only remaining physical memories from my youth. Third: our whole generation is pierced and tattooed! By the time we’re old, tattoos will be just as common and boring as lobe piercings are right now. Our future selves will be badass rock-n-roll grannies and grandpas, unlike today’s bitter pensioners.

And what will happen when you die!

What’s the meaning of your tattoos?

None of your business? Do you usually inquire about why someone is wearing a certain colour or shoes? Why they bought that car and that house but not another? Whether it’s some kind of status symbol or something? Some people get very meaningful tattoos, some just do it because they like nice images on their body. And if someone does decide to tell you the meaning behind their very personal tattoo, would you truly care? Stop being nosy. If you like someone’s piece, just give them a sincere compliment! 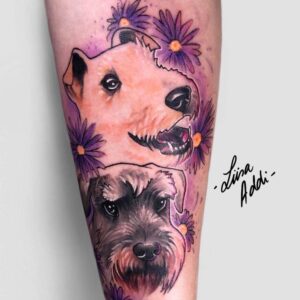 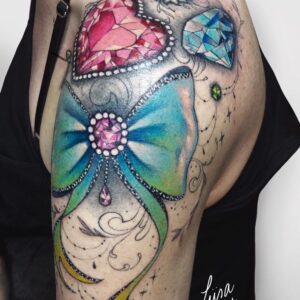 Why do them if it’s so painful!

The simplest explanation for this is “beauty is pain”. Possibly more recognised by women, but many cosmetic procedures can be painful or uncomfortable. I often hear that even waxing hurts more than a tattoo. And for most, it isn’t as bad as those acted out YouTube videos make it out to be.

How much is that one?

If you’re truly interested, please contact the artist and they’ll give you a price offering. It’s as good a question as asking about the price of a car. Or a pair of shoes. Mean-spirited people will follow this by stating how pointless it is to waste that much. But for someone that bitter, all money spent on hobbies is wasted anyway. 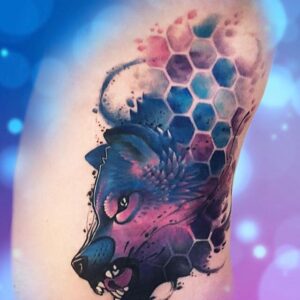 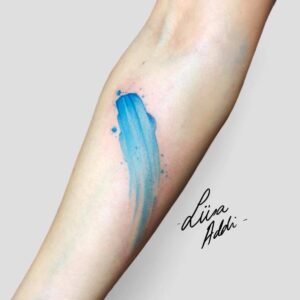 You’ll ruin your life and limit your choices!

I’m not sure how many people go to job interviews naked. Once again, it isn’t yours or the employer’s business what anyone has under their shirt or pants. There are definitely locations that hold more negative preconceptions (face, neck, hands etc.) but the people that have them more often than not are very aware of their choices. Rubbing it under their nose as if you know better is pointless. My client base consists of waiters, lawyers, surgeons, business owners, chefs etc… from all spheres of life! None of them have lost their job or clients over tattoos.

You won’t be able to donate or give blood samples!

You will and you will. Blood can be donated as soon as 4 months after getting a tattoo and even if covered in them, blood samples can be taken from anywhere. If no vein is visible for any reason in one location, the human body has multiple parts with access to larger veins. Please do not try to talk on topics you have no knowledge about.

The difference between tattooed and non-tattooed people is that the tattooed are not bothered if you do not have designs on your skin. Everyone is entitled to their opinion but it won’t change anything to express it: people will still keep on getting tattoos! Maybe those with no tattoos should be told their skin is super plain and boring and they should do something about it? 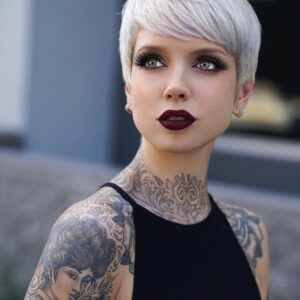 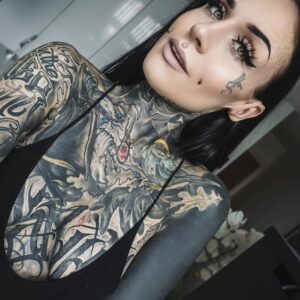 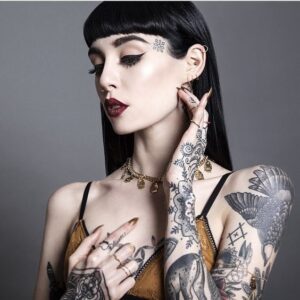 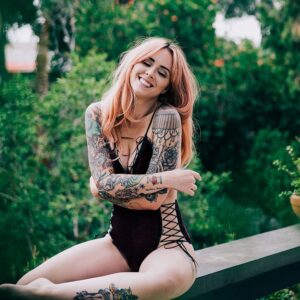 You also look like a prisoner. There are many different people in prison, some with tattoos and some not. If you’re trying to hint at the short period in history where tattoos were only done in prison, that just shows your very limited horizon and nothing else. Tattoos have existed for thousands of years and have always held a powerful and positive meaning in people’s lives. Prisons only popularised them within the last couple of decades. People (especially Estonians) just try to find something negative about everything to then be able to go and rub it in other people’s faces. Tattoos have become a multi-faceted art form which enables both the tattooers and the tattooed to express themselves.

I stopped at 10 so the post wouldn’t turn out too long, but there have been many more ridiculous statements such as: what do your parents think, what do your children think, can you travel, what do other cultures think, do you want attention, only satanists have tattoos etc etc…

Have you been told something strange about your tattoos?

If you liked this post, scroll down to join the newsletter! You will be the first to know of new posts.

My Work Was Plagiarised!

What happens to tattoos when you age?

I Want My First Tattoo. What Next?

Dog series 4. I usually try to avoid using black i

Dog series 4. Snippet of an interview with Dr. Gab

Local thai ridgeback was checking us out and prote

Leaves in the wind. 💚Acrylics and pastels on pa

Wandered around our backyard and found dead leaves